It’s still strange to me that people can line up to see the latest Avengers flick, but still stigmatize people who read comic books. When a Harry Potter or Hunger Games movie arrived, it was a badge of honor to be carrying around a copy of the book or tell everyone you had it on your Kindle. When Spider-Man returns to theaters next year, just see how many people spend their lunch break at work poring over the latest issue. (Spoiler: Unless you work at a comic shop, you won’t see any.)

Well, like them or not, superheroes and the comics they come from are still going to be around. And that’s a good thing for you, because you probably like some of their movies! Even better, there are a lot of good comics that don’t even have superheroes in them! Ever heard of a little book called The Walking Dead? Well, if you’re wondering what the next great non-superhero comic book property to come to the big or small screen will be, you’re in luck! I’ve got five right here:

Set against the haunted backdrop of New England, COFFIN HILL explores what people will do for power and retribution.

This story is about Eve Coffin, the latest descendent in a line of witches from a small New England town. After a short stint as a Boston detective, she returns home to suspicious local police, friends with grudges against her, and terrible magic. Kids keep disappearing in the woods near her home and her sudden return doesn’t look too good.

For people who like: Soap operas and CW shows. If you’re like me, that’s a bit of a knock on quality when it comes to television, but in comic form, it certainly isn’t! The intertwined lives of the characters ratchet up the intrigue and only the CW is usually worth taking the kind of storytelling risks that you find in Coffin Hill. Magic and ghosts combine excellently with typical relationship drama to make for a stellar and fun read.

You might catch this on: HBO or Netflix. The comic sets up excellently for a television series and only HBO or Netflix could really throw the kind of budget at this show that it deserves. Besides her small town, Eve also goes to Boston and to otherworldly realms. There are ghosts, magical forces, and an evil house which all deserve a good sized FX budget.

A group of friends decide to go into some woods and bury a time capsule. I know, lame right? That was my first impression. But when they put a shovel into the ground and instead discover a bunker, it gets interesting. Inside the bunker are notes to the friends. From their future selves. And the story only gets more intriguing from there as they each decide on whether to embrace their destinies or fight against them.

For people who like: Twelve Monkeys, Lost, Looper and H.G. Wells. Though the level of mystery in this book is kept at a low level, the story constantly plays at the serious issues of time travel and destiny. Questions of trust and belief arise early and often. Things get even more crazy when even more comes out of the bunker than originally expected.

You might catch this on: AMC. This book deserves a cast with the ability to haul some heavy dramatic weight even in the face of some pretty unbelievable things, and AMC has done that in spades. The few action set pieces in the book have been done already in shows like Walking Dead and Breaking Bad, so it should be a cinch for AMC to handle this clever book.

The only way is forward. The only question is how far are they willing to go, and how much can they endure, to get home again?

If The Bunker‘s modern day setting isn’t sci-fi enough for you, you’re in for a real head trip with Black Science. A team has set off on adventure with the first device for interdimensional travel. While they find the expectedly unusual environments and strange races of other dimensions, they also find a disturbing truth: that in other dimensions, other versions of them have already been traveling. What’s more, they find over and over that their journey into the unknown causes unmistakable horror to the places they travel – and to their own lives. Like The Bunker, Black Science plays with the idea of destiny and its perhaps inescapability.

For people who like: Star Trek, Stargate, Star Wars, perhaps anything else with “star” in the title? Though there isn’t a spacecraft, Black Science is all about alien environments and a crew of explorers who find themselves stuck with each other once they’ve gone too far.

You might catch this on: the big screen. Unless they adapt the aliens heavily, there’s not a good way to adapt the story on a TV budget. The good news is, this story can capture audiences for a solid two-and-a-half hours and would make an excellent feature-length film series. 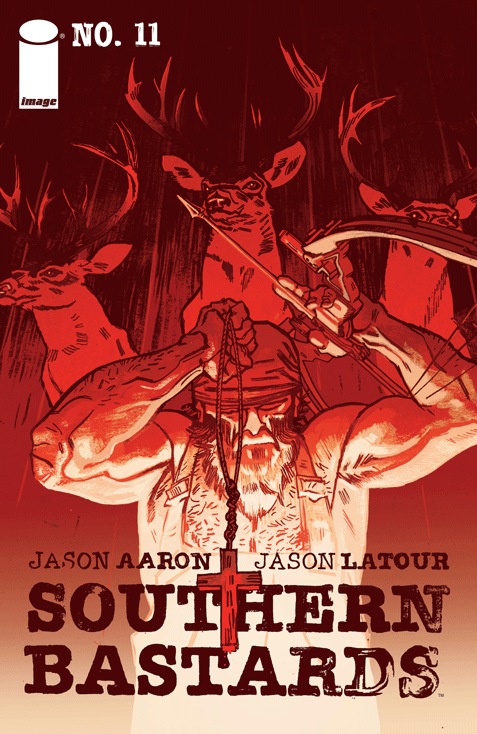 We’ve talked about magic, time travel and other dimensions, but now we talk about … football. Yes, one of the best comics today is about football. But in the way that only the best stories are, it is also about everything. Morality, fate & destiny, justice, they’re all on display here, torn apart, examined and put back together. Of all the books on this list, it’s probably the best and, in this guy’s mind, one of the best stories I’ve ever read, of any type, period. You know that profound feeling you get when you are able to step into someone else’s shoes for just a moment and suddenly feel like you totally know them? That’s what you get with this book. Multiple times.

For people who like: Breaking Bad, The Wire, Deadwood. This isn’t a story only about football. It’s also not a story about just one character. Like I said, you’ll get to walk in several people’s footsteps and see evil from a variety of perspectives. The three shows I mentioned here do the same, letting you travel with the worst people humanity has to offer, to sympathize with these people, and, ultimately, to believe that justice must be done, regardless of how much you may care for them.

You might catch this on: FX. Though a lot of channels could handle this story, FX would be upgrading by adapting it. FX already takes on gritty and adult shows, and Southern Bastards would fit right in alongside the others. Southern Bastards has the small town vibe of Sons of Anarchy, but with a much richer story at play.

Suzie’s a normal girl with an extraordinary ability: when she has sex, she stops time.

Uhhhhh, yeah. You read that right. From one of the most creative minds in comics comes this amazing story about people who boff and freeze time. Though this sounds ridiculous, it – well, actually it is. In the best way. By wrapping up so much hilarity in this book, the writer is able to convey wonderfully deep messages about sex without making the reader feel defensive or turned off. It’s a book completely unafraid to depict the wildest things about our most secretive acts and then laugh with you about them.

For people who like: Girls, Archer, South Park, Kevin Smith movies. We seem to enjoy shows about sex and other things we don’t want to talk about, but we seem to like them as a sort of guilty pleasure. Sex Criminals blows that up by going WAY over the top with some of their visuals in a way which leaves you laughing and telling your friends about.

You might catch this on: Starz or Cinemax. Anybody could adapt this, but Starz or Cinemax seem like the best bets. They don’t have the profile of HBO and might be more likely to let this show go full on with some of the craziest bits in order to gain that profile. And trust me, you’ll want to see the best, naughtiest bits from this comic.